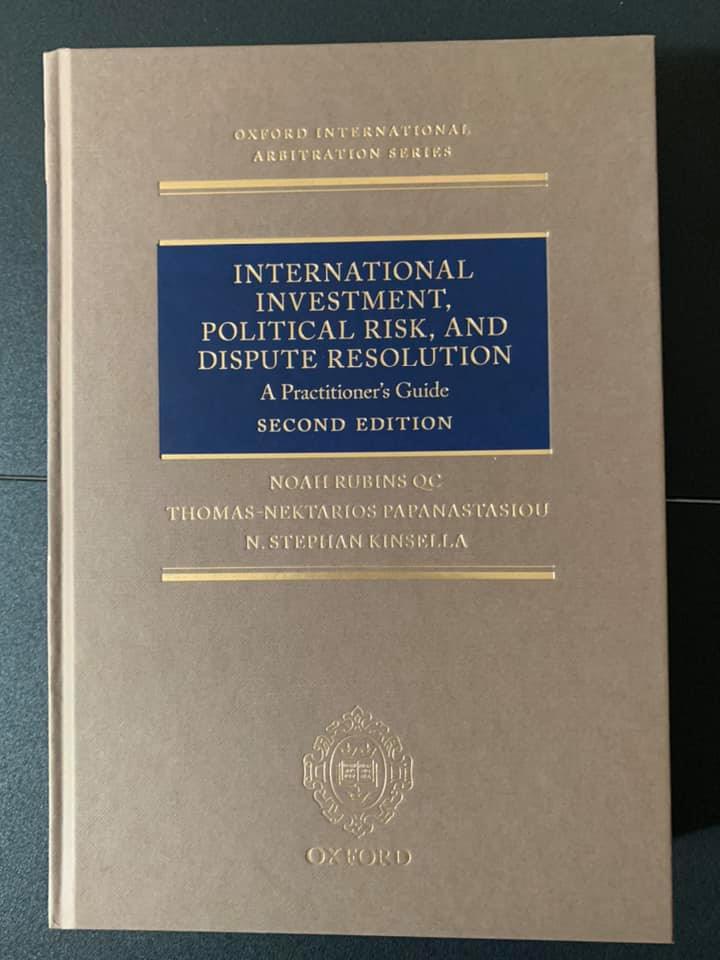 This page contains errata, supplementary, and other material related to the book, including a regularly updated, hyperlinked, and supplemented version of some resources listed in “Appendix III: Online Resources.”

At present, the content of this page reflects supplemental material for the 2005 edition, International Investment, Political Risk, and Dispute Resolution: A Practitioner’s Guide (Oxford University Press, 2005), by Rubins and Kinsella, and will be updated presently.

[the following material is based on the 2005 First Edition of IIPR; it will be updated presently]

The following is a list of links to various institutions, websites, services, and other resources pertaining to topics discussed throughout the text of International Investment, Political Risk and Dispute Resolution. They are grouped below according to the subject matter of a particular chapter, or under the general section if the link or information is of general applicability or applies to multiple chapters (some links are repeated for convenience).

(See also resources under the Chapter 6-7 heading, below)

Chapter 5: History and Development of the Customary International Law of Expropriation and Investment Protection